All roads lead to Memphis

All roads lead to Memphis

Girls Mag : Céline Hello, what’s up?
Céline Schmink : Hello! I am divided between my pregnancy and music. Baby is due in February. I work on my “Héroïnescence” album. It will contain 10 songs of love. I work with Eric Miller. He composed for the Greats of the French scene. 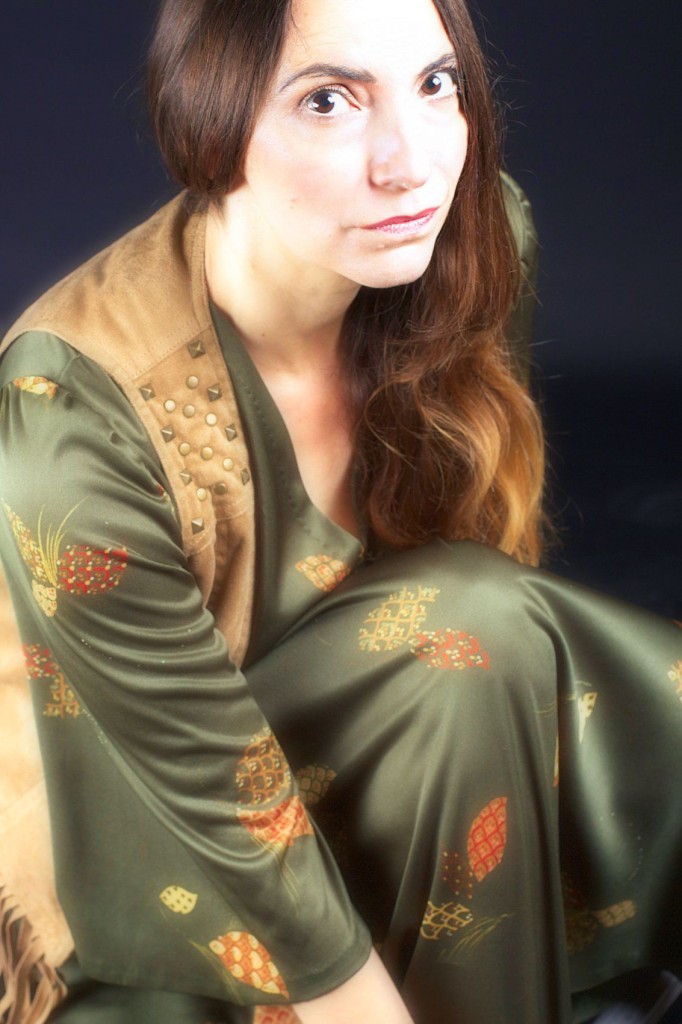 Girls Mag : Will there be a duet?
Céline Schmink : There will be a new duet planned, always with an American. My duet with the Californian Chris’M (“Les yeux froids” – “The cold eyes”) was noticed. A record company wanted me to buy it from me to adapt it rather than doing a cover that would have involved my creator’s rights (I am the songwriter). A famous singer was approached to sing with a girl that they wanted to debut. I refused. The song goes on many radio stations and is liked. I took on its production and promotion… It’s easy to arrive to harvest the fruit of work that has been proven… I always demand respect for my creator’s  rights.
Girls Mag :  What is your musical and artistic background?
Céline Schmink : I fell into music with a mother who was singer in the 70’s and a father who was a fan of Elvis. At 12, I head towards Memphis and Nashville. At the time I dance and I write songs. At 18, I register at the Sorbonne in ballet taught by Mr. Serre. Then it was modern dance, butoh and minor parts.  I am booked around 15 years old at the Studio Look agency in Paris. I compose my own music for my butoh solos then become a journalist. I write books and works for the press. In 2008, I arrange my songs and I write for others. In 2012, I release my first EP. It is chosen by an Australian brand for its fashion shows. I have a fallout with the national press and that encourages me to continue with “Paris-Memphis.” Released 18 months ago, it has hundreds of radio broadcasts, France and the USA. Meanwhile I am singer of the band The Oengus Projekt. 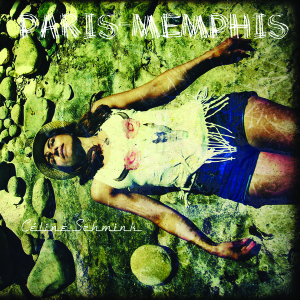 Girls Mag : “The Ballad of Anissa,” your first disc, in an atmospheric style, shall we talk about it?
Céline Schmink : It was a “sui generis” project. A triptych evoking love lost in the streets of Paris vintage, cabaret dancers, Greta Garbo. The texts were poetic. People love them. I had more doubts about the music that was too close to film music. On stage, it did not work! It was far from my personality. I had not worked with people whose music was their only profession. When you work with those who do not live by their art, but the salary provided by a conventional means with job security, you encounter a major marketing concern…
Girls Mag :  What have you learned from this project?
Céline Schmink : The beauty of an arrangement does not necessarily open the doors to the radio. Singing in French only is to confine yourself to France. You have to work with international musicians whose music is their only profession. Working with a real guitarist is essential… Beware of big egos who want your money to throw around as they please but then refuse to let you to be on the front of the stage. It’s a classic here! In the US, the arranger does not feel like a “shadow worker.” Their role is to propel the artist, not curb!
Girls Mag : A word about the production of Paris-Memphis?
Céline Schmink : It is built as a road-trip. I am an author and composer of all the songs except two. It’s an album with real instruments played by major musicians. Studio Pros (Los Angeles) played my scores. The music was recorded in California, vocals in Paris. 7EM records has mastered everything. The tracklist varies between bluesy pop-folk-rock and retro.
Girls Mag : You made several events with your songs, what are your best memories?
Céline Schmink : Festivals, radio, TV with IDF1 and presenter Jacky, an Irish radio show (my first in English), my acoustic tour, my welcome in Camden, launch and concerts at the legendary Polly Magoo in Saint-Michel… The songs play in Memphis on the SDC radio network. The album received a column in the Californian magazine “Music Arts Monthly” and the website “News Nashville.” A beautiful recognition! It is enrolled in an ongoing contest. In one year, I won 15 recognitions which boosted broadcasts.
Girls Mag : You work with your husband in the group The Oengus Projekt. How is the collaboration?
Céline Schmink : Camille is a flutist. We love spending time together in the studio. At first he was afraid of doing poorly but when the first American columns were published, he was proud. I am an artist forever and this is also what he married! The good relationship nourishes your gifts. We are, in our couple and in the studio, with a view to mutual fulfillment. 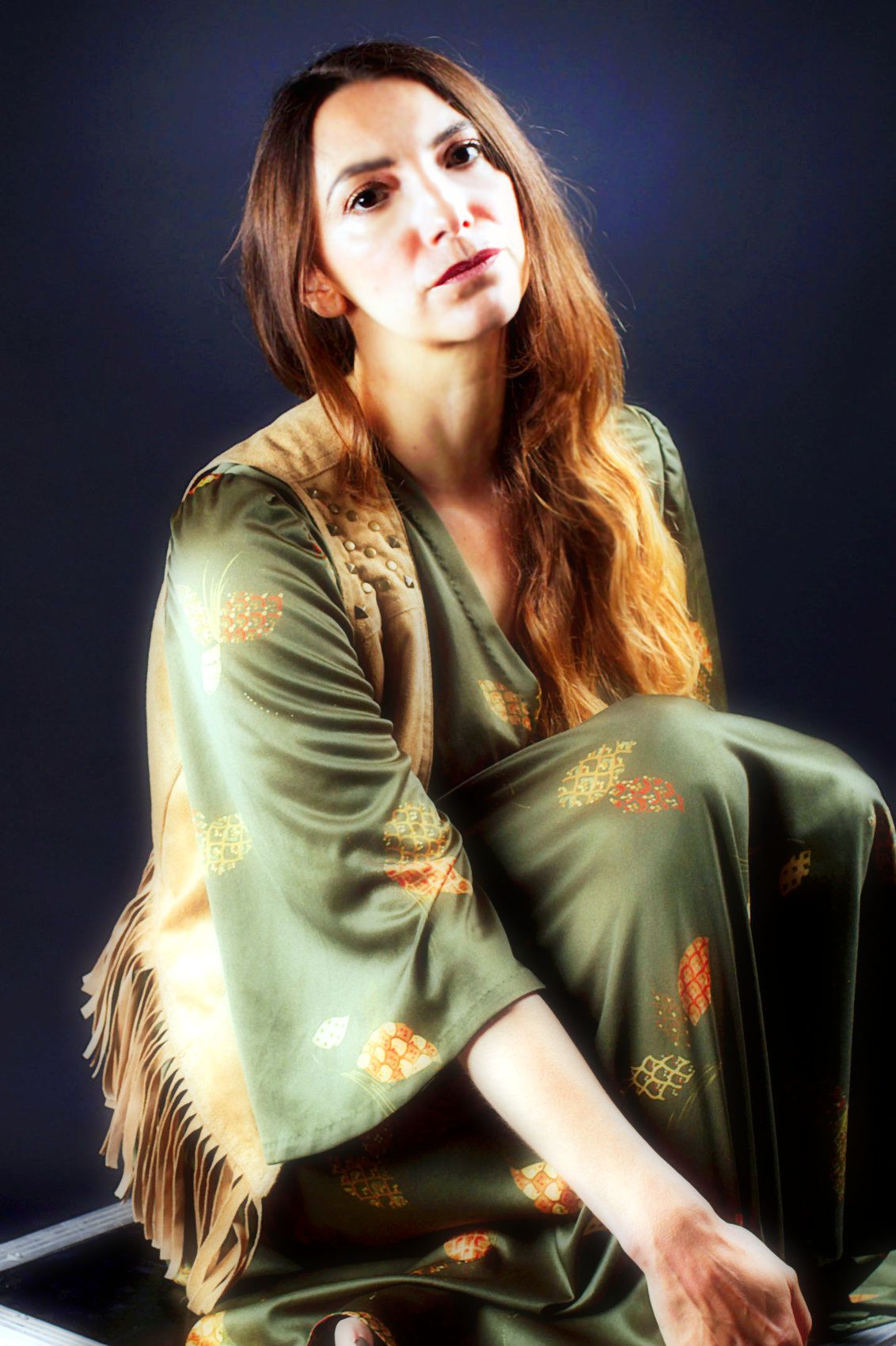 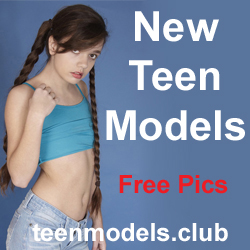