At first glance Tea Wagner may seem like a regular American high school girl that’s a little too obsessed with pink (seriously, check out her Instagram) but there’s way more behind that innocent face.
This 20 year-old girl was actually born and raised in Vienna, Austria and is on the verge of making it big in Hollywood!
Ever since she was little she had the support of her parents and grew up doing musical theatre amongst all the acting, singing and dance training – a true triple threat. Tea’s dreams were bigger than her country’s borders as she moved out to Los Angeles in 2016 and took over the industry by storm! 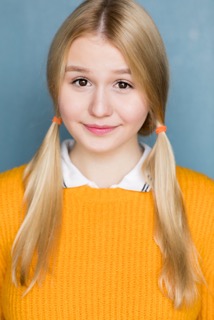 Her first feature film “The Chicken Party”, a Christmas movie with an unexpected twist just got submitted to lots of film festivals and she is about to film another short film by award-winning director George Moïse very soon. This is going to be her most challenging role so far and she has expressed her anticipation over playing her first strangulation scene. “So far I’ve only played the killer, not the one getting killed.”, she said with great excitement. 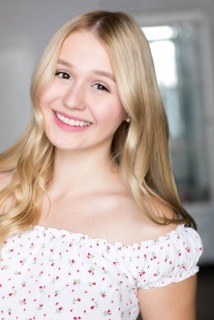 But there is more to this European lady. Recently she had the honor to team up with an amazing team of producers that have worked with stars such as Missy Elliot, Usher and Michael Jackson to record her first debut single. More can’t be said at this moment but hopefully you’ll be able to download it on iTunes and Spotify soon! Tea Wagner who is also a huge supporter of Korean Pop music recently won 2nd place at the Kpop World Festival in Los Angeles.

Besides being a successful actress and singer she has also accumulated almost 300 thousand views total on her Youtube channel under the name of Tea Belle where she likes to share reaction videos, song covers, vlogs and more. Furthermore she’s also growing a small fanbase as a social media influencer which just got her invited as a special guest to Blushcon, a convention about all things beauty taking place January 13th. Her instagram @tea.belle has been described as “super aesthetic and cute” showcasing her unique fashion style and immense love for all things colorful – as a food blogger she snaps pics of the cutest and most colorful unique desserts all over LA and Orange County!
We’re really excited to see what 2018 has in stock for this girl but it can only go up from here!

« In Memory of a Moment
Natural Pain Relief Tablets By DOLOEX »